As part of the Unified Community Platform project, your wiki will be migrated to the new platform in the next few weeks. Read more here.

The Official World of Speed compendium by the players, for the players.

We are currently maintaining 607 pages (55 articles).

What is World of Speed?

World of Speed is a AAA massively multiplayer online action-racing video game which introduces a new level of connected competition to the racing genre. Developed by the award-winning team at Slightly Mad Studios, World of Speed allows players to hop into the driver seat of their favorite cars and race across real world circuits and tracks carved from the streets of real world cities. As an online experience, players will be able to create and join in-game Clubs, compete against other players and teams in a variety of diverse team-based gameplay modes, interact and show off in the Airfield social hub and dominate the world in Territory Wars. World of Speed is a free-to-compete experience and will be available in 2014 on PC. 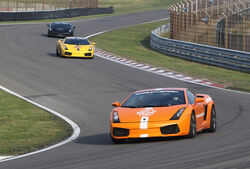